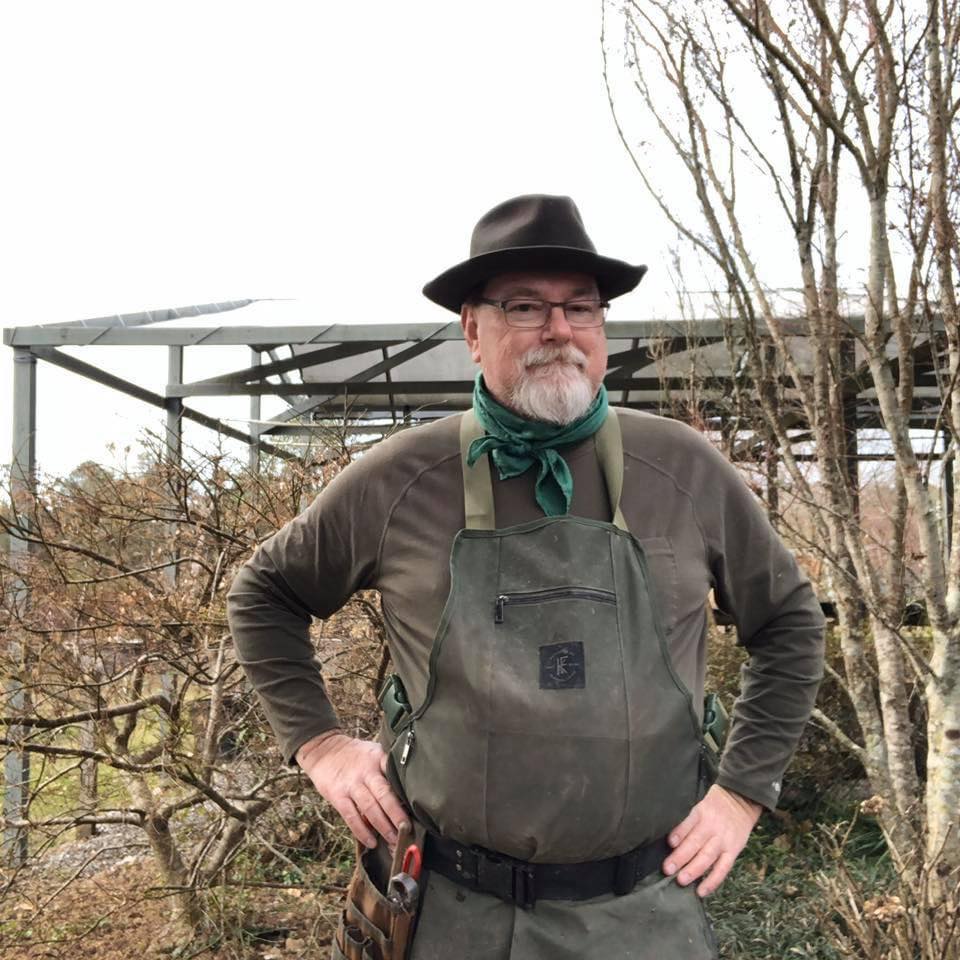 Doug Green saw his first bonsai at an exhibition in New Orleans in 1986.  The image of a perfect representation of a tree in nature, existing in small space, within one’s grasp, was transformative.  As a child, he grew up hunting and fishing in the bayous and lakes in southeast Louisiana and Mississippi and loved being out in nature.  It was several years later when his wife brought home his first bonsai as a gift.  The tree was a Dwarf Barbados Cherry and decedents of that first tree still live in his collection.

Doug learned the art and horticulture of bonsai by studying the Japanese masters.  By the 1980s there were ample materials available, mainly translated from Japanese publications.  Masters who influenced his artistic education included the great John Naka, considered the grandfather of American Bonsai.  Masahiko Kimura was another significant influence.  Doug’s artistic style leans more toward the American bonsai movement.  His trees tend to be more realistic than representational.  He focuses mainly on deciduous species including maples, elms, and cypress.

Losing most of his collection in the aftermath of Hurricane Katrina had a profound impact on Doug’s interest in bonsai, but more importantly his outlook on life.  He was compelled to accept the nature of the way things were and focus instead on how he would choose to live going forward.  Bonsai was always a source of contentment and a peaceful state of mind.  Slowly, he rebuilt his bonsai collection and within a few years decided that pursuing a career in bonsai was a path he wanted to follow.

Doug earned a doctorate in Psychology and has spent his career doing social science research. So, when he started his deep dive into bonsai, it was natural to turn to a scientific approach.  Bonsai has a centuries long history and the best practices in the field have been evolved mainly from on custom and practice, not horticultural science.  Moreover, this custom and practice came to the U.S. mainly from Japan, where the climate differs significantly from most of the U.S.  Doug started to question some of these practices and engaged in a dialog with horticulturists from some of the leading universities in the country, including LSU and the University of Maine.