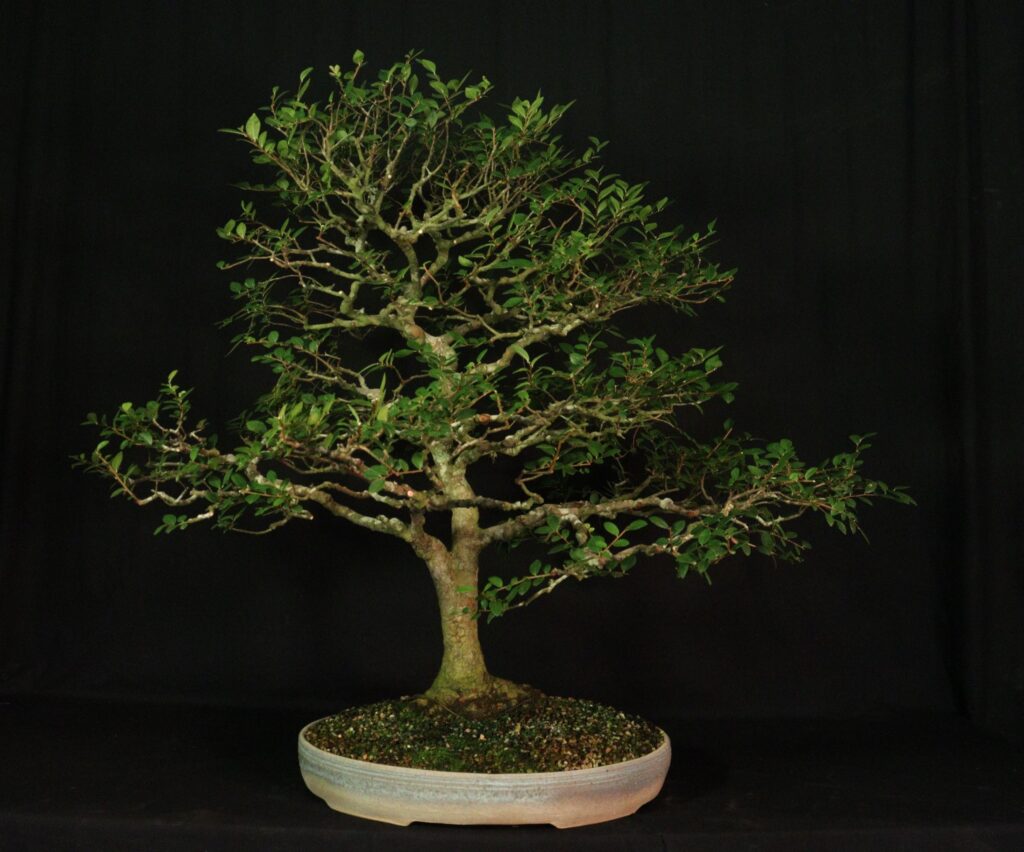 This Ulmus parvifolia (Chinese Elm) is in Doug’s personal collection.  It was named in honor of the place where it originated – the Bonsai Farm in Adkins, Texas. The Bonsai Farm was established in 1970 by Edith Sorge who had been studying and growing bonsai since the 1950s.  Her husband Leonard soon joined her full-time in the nursery and it became quite successful.  This tree was obtained as raw nursery stock by Doug on a visit to the farm in the 1990’s.

Edith Sorge was a founding member of the San Antonio Bonsai Society and served as its first Vice-President.  She was an influential voice in American Bonsai for a long time, well before the Internet age.  She published a much anticipated paper catalog of the various plants and other products they offered.  But, nothing was quite like wandering the farm and sitting with Edith and Leonard under the ancient Live Oak at the center of the farm.  Edith passed followed by Leonard and their son Jerry carried on until he passed and the Bonsai Farm is no more.

Doug is the artist of record on this tree from 1996 to present.  In 2020, Evan took over day to day responsibility for maintaining the tree and adding his unique talent to its ongoing training.  The tree is about 30 years old and has been in training for 24 years.  The tree is current in a shallow, Byron Myrick, oval pot.